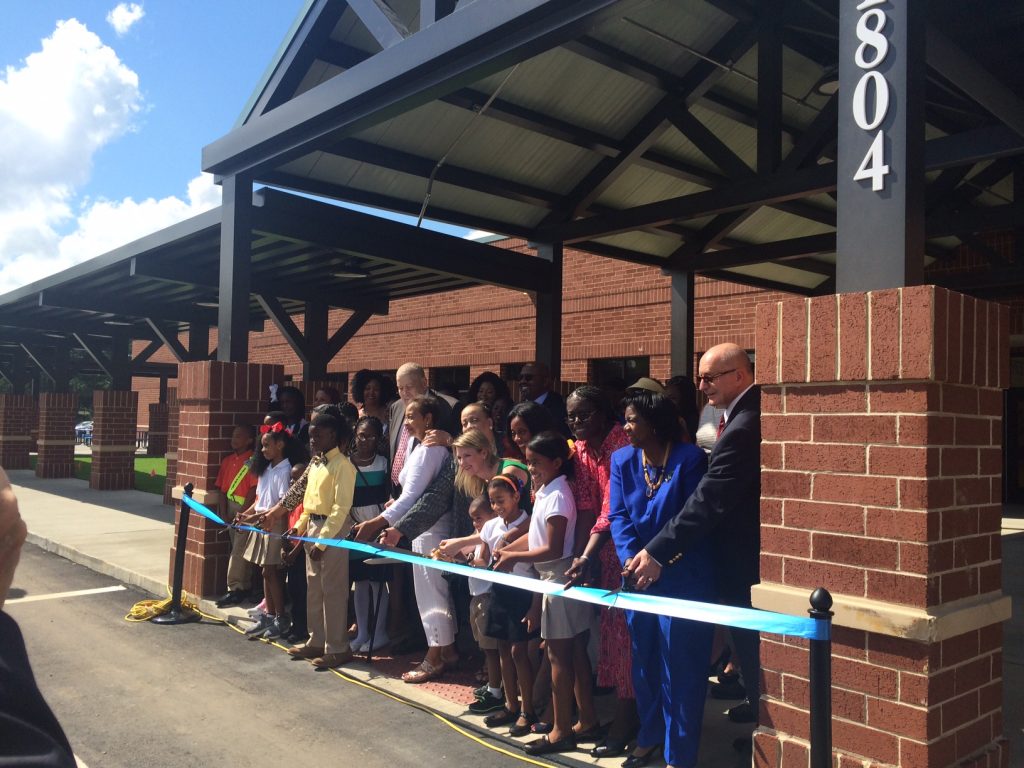 “When the students walk in, they can walk into something they are very, very proud of,” said Principal Maggie Walker.

The design approach included the use of a new prototype design for 650 students by Hussey Gay Bell with a core capacity to accommodate 900 students.  It was constructed by Elkins Construction, LLC on the site with the existing school which was later demolished.