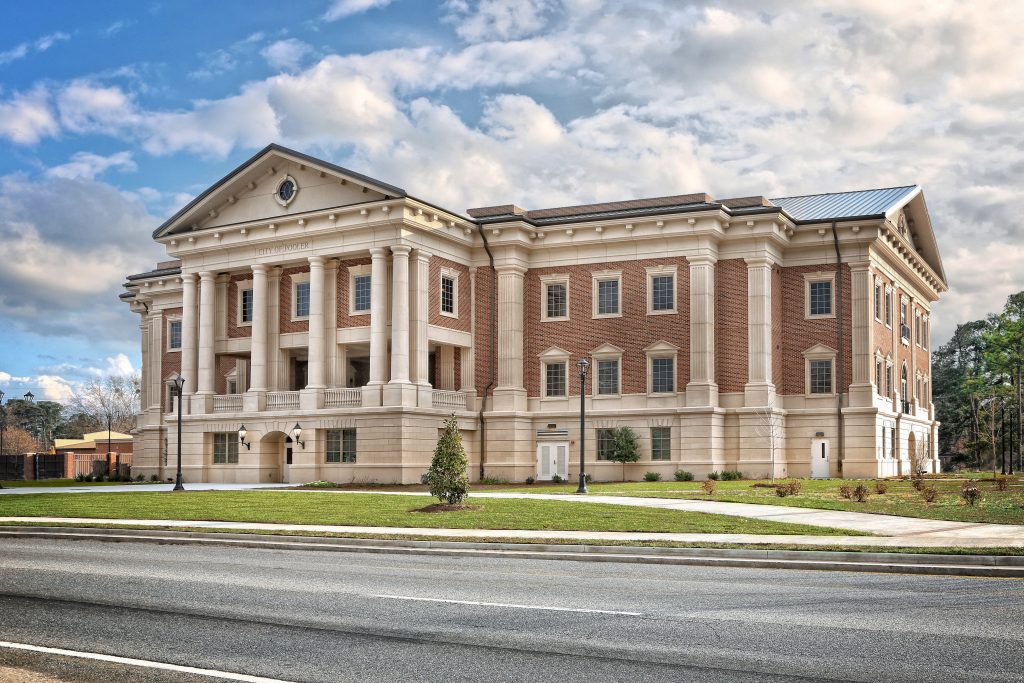 Savannah, GA – Nearly two years after construction began, the new Pooler municipal complex today is substantially complete.  City officials and other west Chatham dignitaries broke ground on the new facility in July 2015. That same month, the city signed an agreement with contractor Elkins Construction to lock in the cost for the municipal complex at $18.1 million.

Planning for the facility began taking shape well before the city broke out the gold shovels. In early 2014, the city hired Hussey Gay Bell to design the complex.

When final plans for the complex were announced in April 2015, Eric Johnson, Principal for the architectural division of Hussey Gay Bell, said he expected the site to become the centerpiece for this area of the city, known by locals as Old Pooler.

Now, nearly two years later, Johnson said it’s been special for him to watch the new complex rise from the ground up and begin to operate as anticipated.  The project represents the City’s first step towards the revitalization of historic Pooler.