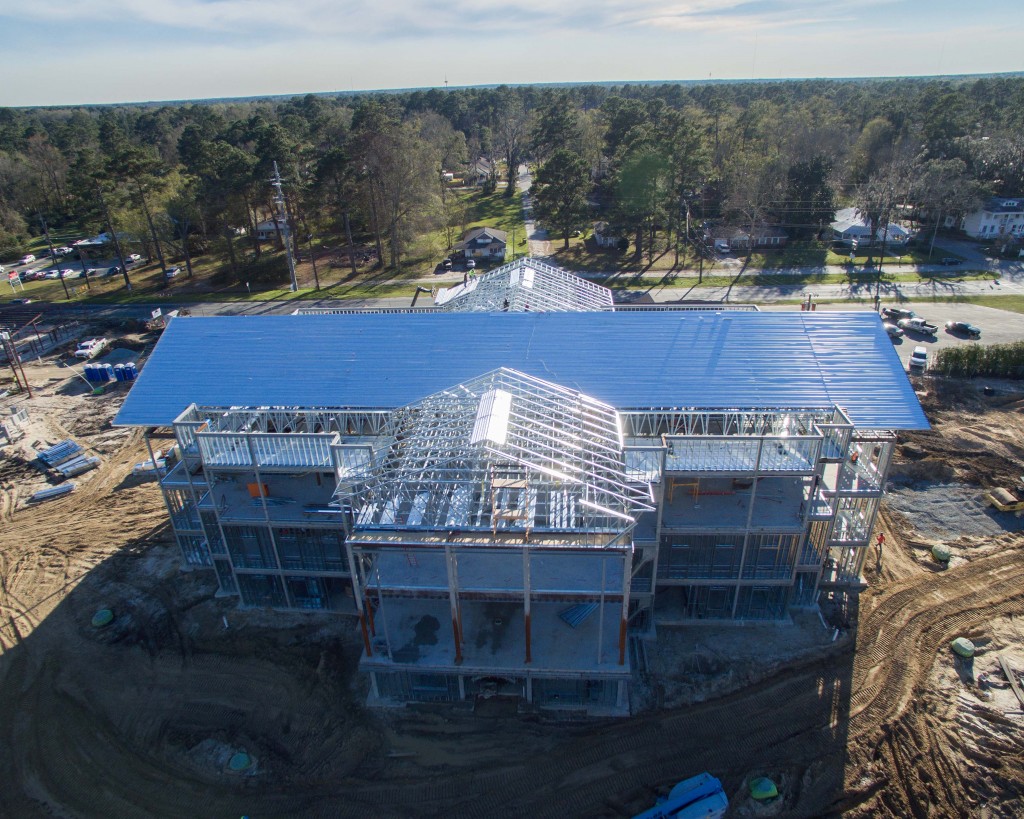 Pooler, Georgia – Today marks an important milestone on Pooler’s new City Hall Complex – celebration of the completion of steel erection on the $18.1 million project slated for completion in late 2016.  As is custom, the occasion was marked by a “topping out” ceremony and meal to commend the construction workers on this significant achievement.

Designed by Hussey Gay Bell and being constructed by Elkins Construction, LLC, the 51,500 SF city hall building will be three stories tall and consolidate the city’s departments.  The Pooler Police Department will be on the first floor with administrative offices on the second, and the City Council chambers, City Manager’s office and other executive functions on the third. The current city hall will be demolished and the existing fire station will be converted into a municipal court building.

“It’s not just a new city hall and police department, this is a revitalization of historic Pooler where people grew up. The City was incorporated over 100 years ago and it was a small town at that time,” says Pooler Mayor Mike Lamb.  “I’ve been in office over 11 years and the Council has been talking about what we need to do for historic Pooler.  We started making plans for a future police station, which grew into a police department, municipal court and city hall complex. When it’s done, we’ll have a centerpiece that we could build off of in all directions.”

“This new complex was planned to allow the communities on either side to be able to walk to city hall or the post office and  embody the new urban mentality of a pedestrian-friendly town center,” adds G. Holmes Bell, IV, PE, Hussey Gay Bell’s CEO.  “We wanted to design and build a 100-year building with game-changing technology for City Council and the taxpayers in the community.”