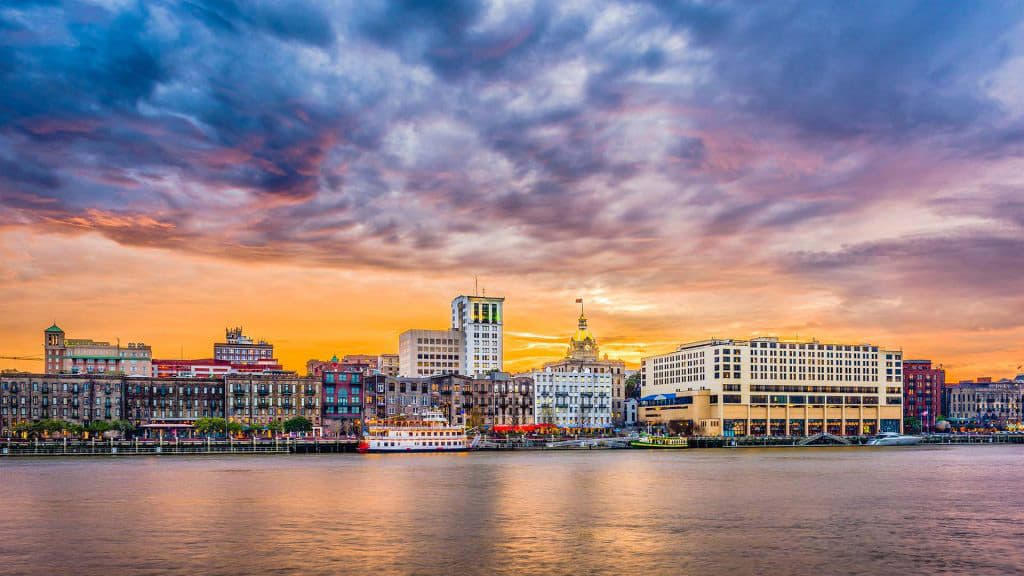 General James Edward Oglethorpe, a philanthropist and a representative of King George II to the American colonies, was sent to create a buffer south of the Savannah River to protect the Carolinas from Spanish Florida and French Louisiana.  On February 12, 1733, General James Oglethorpe and settlers from the ship Anne landed at Yamacraw Bluff and were greeted by Tomochichi, the Yamacraws, and Indian traders John and Mary Musgrove. Mary Musgrove often served as an interpreter. The city of Savannah was founded on that date, along with the colony of Georgia. In 1751, Savannah and the rest of Georgia became a Royal Colony and Savannah was made the colonial capital of Georgia. By the outbreak of the American Revolutionary War, Savannah had become the southernmost commercial port in the Thirteen Colonies. British troops took the city in 1778, and the following year a combined force of American and French soldiers failed to rout the British at the Siege of Savannah. The British did not leave the city until July 1782. Savannah, a prosperous seaport throughout the nineteenth century, was the Confederacy’s sixth most populous city and the prime objective of General William T. Sherman’s March to the Sea. Early on December 21, 1864, local authorities negotiated a peaceful surrender to save Savannah from destruction, and Union troops marched into the city at dawn.

Today, Savannah is a bustling historic, yet trendy city bosting 22 public squares to spend time in, a refreshed Broughton Street for a unique walkable shopping experience with locally famed Savannah Bee Company and Leopold’s Ice Cream, the infamous River Street and hundreds of historic sites to see.  We like to think Visit Savannah says it best:

“Savannah, Georgia is a charming Southern escape where art, period architecture, trendy boutiques and ghost stories are all set under a veil of Spanish moss. Savannah is a place where cuisine comes straight from the coast and cocktails are served at every meal. Come and discover the enchanting soul of Savannah.”

Things To Do While Working For Us In Savannah

I am pleased to say that I have been with the firm since 1981 having been hired by one of the founders, Roy Hussey. Looking back on those formative years, I see a growth in my technical and personal skills…