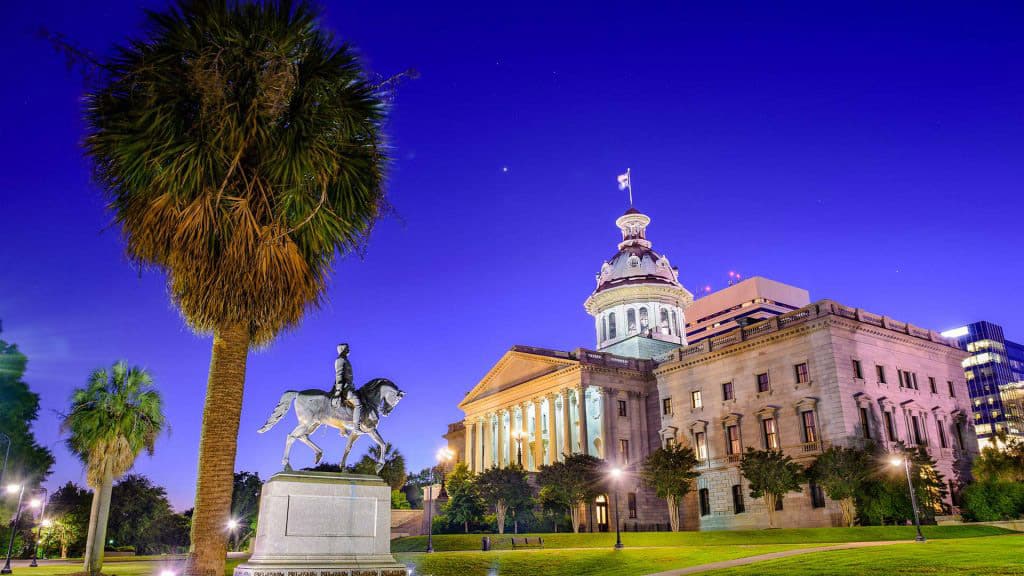 Incorporated as a village in 1805 and a city in 1854, Columbia is the capital and second largest city of South Carolina. It lies at the confluence of the Saluda River and the Broad River, which merge at Columbia to form the Congaree River. As one of the first planned cities in the United States, Columbia began to grow rapidly shortly after the start of the 19th century but suffered massive destruction during the civil war in the late 1860s. It began to reemerge in the first few years of the 20th century as a regional textile manufacturing center and in the 1940s began to once again flourish with the reactivations of Fort Jackson and later in the 1990s with the revitalization of the downtown area.

In 2020, the firm celebrated 35 years in Columbia and for the past nearly 20 years, our employees engaged in meaningful work in our downtown location in a beautifully renovated historic facility on Assembly Street between Lady and Gervais Streets – a facility originally built in 1908 that served as the original Cromer’s P-nuts building as well as the SC Armory National Guard Building. In 2021, the firm relocated to a location on Gervais Street facing our previous building that still boasts HUSSEY GAY BELL in classical and architecturally appropriate, 3-foot metal lettering on the south side of our building just below the roof awning, don’t be surprised when someone says, “Hey, I know where you work!”

From outdoor cafes, coffee shops, art galleries and shops and historic forts to ballgames and concerts, Columbia aka The Real Southern Hot Spot is a delightful city with year-round opportunities for socializing and enjoying the outdoors. We like to think Experience Columbia says it best:

“In the heart of South Carolina, tradition and tomorrow pair perfectly in Columbia. It’s a modern city where stately buildings buzz with new business, and centuries-old sites give rise to fresh perspectives. It’s a creative hub that’s fed by university and capital city communities — all this in the midst of surrounding natural beauty. With dynamite shopping, food and tons to see and do year round, it’s the real Southern hot spot that will leave you looking forward to what’s next.”

Top Things To Do While Working For Us In Columbia

Growing up, I was always incredibly fascinated by the built environment. Being the only child who took any particular interest in my father’s job as a project manager…