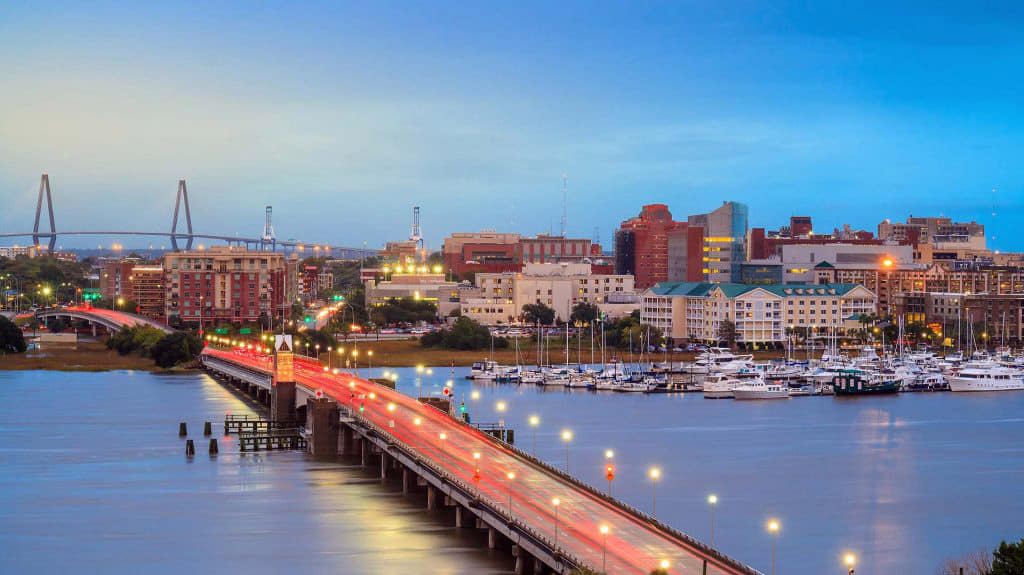 The history of Charleston, South Carolina, is one of the longest and most diverse of any community in the United States, spanning hundreds of years of physical settlement beginning in 1670 through modern times. Charleston was the leading city in the South from the colonial era to the Civil War.  It grew wealthy through the export of rice and, later, sea island cotton and it was the base for many wealthy merchants and landowners. The devastation of the Civil War and the ruin of the Charleston’s hinterland lost the city its regional dominance. However, it remained the center of the South Carolina economy and began to make its economic and social comeback during World War II when it became a major naval base.

Voted America’s favorite destination and the #1 city in the US and Canada by CONDÉ NAST TRAVELER and TRAVEL+LEISURE, Charleston is a unique coastal community with offerings galore.  From the marinas and beaches to the renowned King Street and it’s walkability to a bustling music and food scene, there’s something for everyone in Charleston and it’s certainly somewhere our employees like to call home.  We like to think the Charleston Visitor’s Bureau says it best:

“Yes, we have cobblestone streets and historic landmarks aplenty, but it’s the stories that come to life through our people, art, architecture, food, and fashion that capture the world’s imagination and heart.”

Top Things To Do While Working For Us In Charleston

Like my peers at Clemson University, I graduated with a solid grasp of civil engineering concepts that made me stand out to prospective employers. Many of us received and accepted offers to respected engineering firms. However…