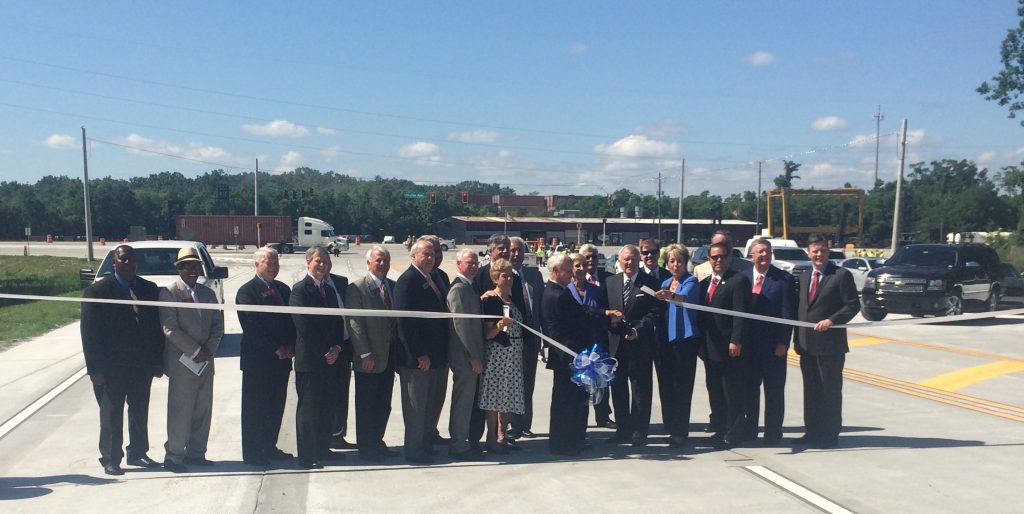 Savannah, Georgia –  Gov. Nathan Deal today joined Georgia Ports Authority Board Chairman-elect James L. Allgood, Georgia Department of Transportation Commissioner Russell R. McMurry and local leaders to celebrate the opening of the Jimmy DeLoach Connector. The highway extension provides the final connection between I-95, one of the country’s busiest interstates, and the Port of Savannah, the nation’s fourth-largest and fastest growing container port.

The new Connector is a 3.1-mile, four-lane highway between State Route 307 and the terminus of the Jimmy DeLoach Parkway. The route largely runs parallel to State Route 21 and allows direct access to I-95 and I-16 for the more than 8,000 trucks that enter and leave the Port of Savannah each day.

In 2011, the General Assembly authorized the sale of up to $100 million in bonds to fund the project, which included right of way costs of $20 million, construction costs of $72.7 million and an additional $5 million in utility relocation costs.  Hussey Gay Bell performed topographic field surveys, property surveys and hydraulic design as a subconsultant on the design/build team led by Archer Western Contractors, LTD/The LPA Group, a unit of Michael Baker Corporation.