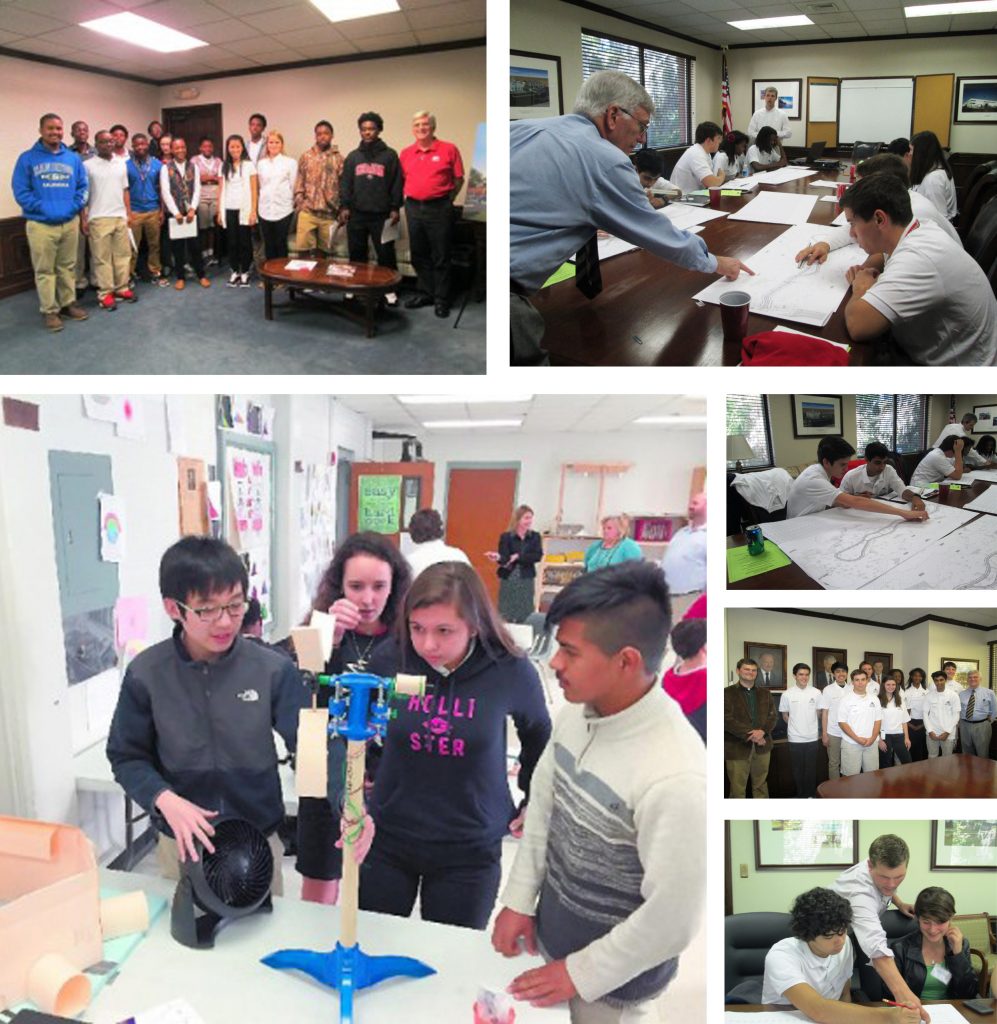 Savannah, Georgia –
It’s been a big year for Jenkins High School.  Three years of effort was recognized and rewarded last week, when the Georgia Department of Education announced that the Jenkins High School Engineering Program is now STEM accredited.  The designation made Jenkins the first Georgia high school outside the Metro Atlanta area to become STEM certified.

A sponsor of the program since 2008, Hussey Gay Bell’s Exploring program is led by Steve Wohlfeil, PE, and C.J. Chance, Jr., PE – both Principals of the firm.  Explorers are required to attend monthly meetings throughout the school year at Hussey Gay Bell and other venues to gain first-hand information about their career path, make valuable career contacts, and learn skills and information related to their chosen career field – all the while maintaining a GPA of 80+ for engineering.

Students in engineering design classes research and engineer product prototypes based on a theme. This year’s was sustainability. Freshmen worked with the Army Corps of Engineers and Hussey Gay Bell to determine what U.S. cities could support an NFL expansion team and then they designed a sustainable stadium for the team to play in.  Brogan Wright, Bilaal Syidi, Austin Ang and Izzy Smith found San Antonio, Texas, to be the most viable prospect. Because the major south-central Texas city averages constant winds of about 15 mph, they engineered a wind turbine-powered stadium.

It also gives students in the engineering program, as well as residential students taking engineering courses at Jenkins, an advantage breaking into the field; an advantage they didn’t have just a week ago while doing the same quality work.

“The upcoming seniors, they’re going to be able to put that on their records,’’ said Hazzard. “And us being the only high school outside of Atlanta is going to be great for them getting into places like Georgia Tech and MIT and Harvard.’’

“It shows people in the community that we mean business,’’ added Jenkins Sophomore, Jessie Barre. “It’s going to show that not only have I put in the time, but my school put in the time behind me to push to get their name out there, so it gives me an even greater advantage.’’

Hussey Gay Bell also served as the Architect and Engineer of Record for the Gwinnett School of Mathematics, Science, and Technology (GSMST) – the first high school to be certified in 2013.