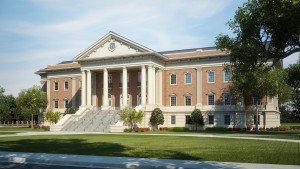 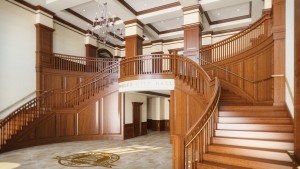 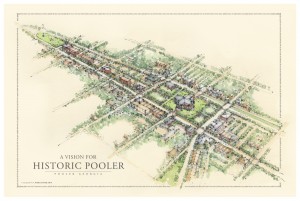 Pooler, Georgia – Hussey Gay Bell’s designs for the historic municipal complex and the City of Pooler’s long-term vision were formally unveiled to the public on Monday.

Once complete, the 51,500-square-foot facility will stand on three stories with separate entrances for the police department on the first floor and the other offices on the second and third.  The existing fire department on site will be relocated by the public works facility on Rogers Street, and the 6,000-square-foot building will be renovated into the new courthouse.