Columbia Office Teams Up On My River Starts Here Campaign 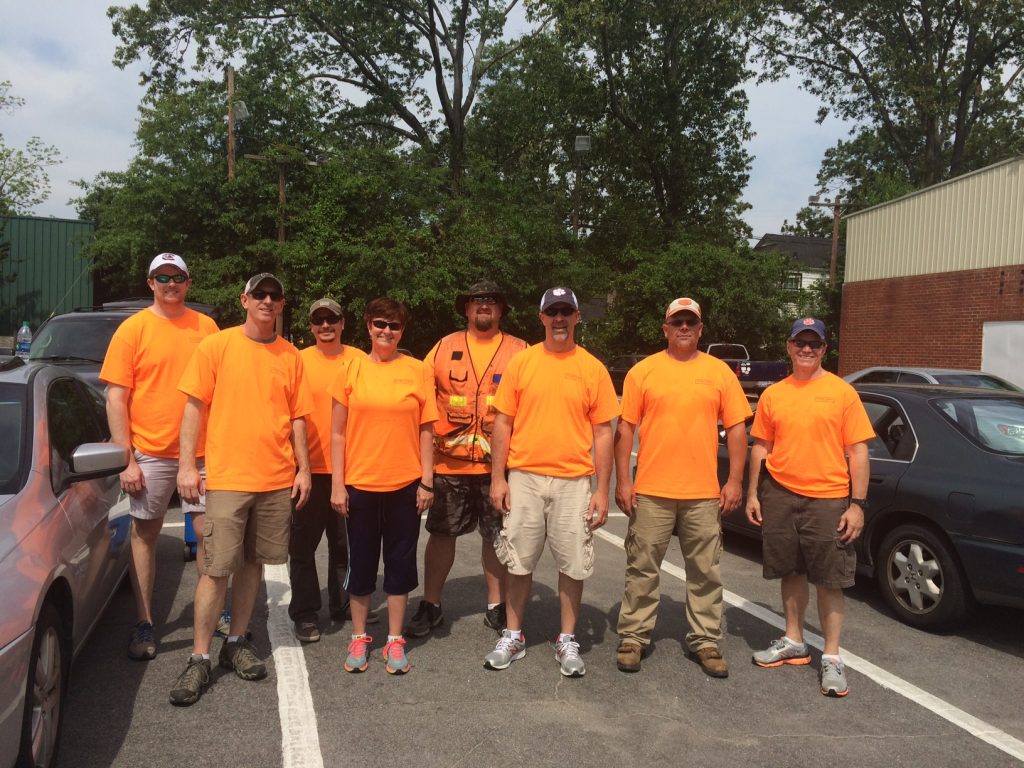 Columbia, South Carolina – Just over a week ago, Hussey Gay Bell’s Columbia office employees teamed up with Richland County and the City of Columbia to volunteer as part of the My River Starts Here campaign.  The effort primarily focused on marking storm drains in April – Storm Drain Marking Month – as a part of the My River Starts Here campaign.  Local waterways – creeks, streams, lakes, and rivers – are all affected by pollutants that flow into the storm drains. To alert the public that rainwater is the only thing that should go down storm drains, volunteers adhered round medallions to drains.  While the medallions for each local government differ slightly, each includes the image of a fish and water with “No Dumping/Drains to River” stamped in big letters.

“Water that goes down a storm drain is not treated or cleaned before it flows into a stream or river,” said Richland County Stormwater Manager Synithia Williams. “That means pollutants on the ground or anything dumped directly into a storm drain ends up in our waterways and that affects aquatic plants, fish and, ultimately, humans.”