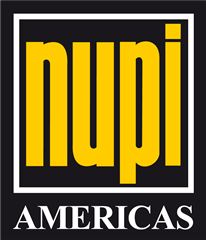 Columbia, South Carolina — Nupi Americas, Inc., a North American subsidiary of Nupi Industries Italiane, S.p.A., is establishing warehousing and distribution operations in Hampton County. The $4.9 million investment is expected to create 37 new jobs over the next five years.  The company’s Hampton County operations will focus primarily on its NIRON product line. To house the new facility, Nupi Americas is purchasing an existing 50,000-square-foot spec building, which is located in the Southern Carolina Industrial Campus in Hampton County.  Hussey Gay Bell has been retained to oversee the design and construction process to accommodate for the up-fit of the building to Nupi Amercias’ specifications.  Hussey Gay Bell is the original designer of the facility and its respective site located at 314 Commerce Parkway in Early Branch, S.C. Hussey Gay Bell was selected by HCEDC to design the new speculative industrial building to serve as the anchor for their new Southern Carolina Industrial Campus. The 50,000 SF facility was designed to accommodate growth up to 200,000 SF.  Hussey Gay Bell also assisted the local EDC with surveying and preliminary engineering to secure a rail corridor through adjacent property to ensure Class I rail access is available to the park. Nupi Americas’ facility is expected to be fully operational by the second quarter of 2016.

The Coordinating Council for Economic Development has approved job development credits related to the project.  SCANA Corporation supported the project with a $50,000 grant for cul-de-sac improvements.  Established in 2001 and headquartered in Houston, Texas, Nupi Americas is a subsidiary of Nupi Industrie Italiane, S.p.A., which has been manufacturing and marketing the NIRON product line since 1982. NIRON is a complete polypropylene pipe and fitting system for the distribution of hot and cold water in plumbing and air conditioning systems. For more information on Nupi Americas, Inc., visit www.nupiamericas.com/nupi/en.