CEO & Chairman Joins Board of Governors 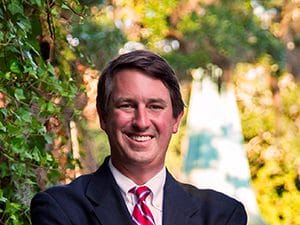 Savannah, GA – Hussey Gay Bell’s CEO and Chairman, G. Holmes Bell, IV, joined the Bethesda Union Society Board of Governors along with Carol Bell, Al Kennickell and Judith Thomas. He will serve a three-year term for Bethesda Academy, a private day and boarding school serving young men in grades six through twelve. In this role, Mr. Bell will continue the firm’s long and established history of serving on community boards to improve the quality of life for the people in the communities we serve.

Bethesda Academy, originally named Bethesda Orphan House and Academy, began as a colonial orphanage. It has the distinction of being the oldest child caring institution in the country. Founded in 1740 by Rev. George Whitefield, Bethesda was visited by many of the country’s founding fathers, and found one of its earliest supporters in Benjamin Franklin.

In 1900, Bethesda was renamed the Bethesda Home for Boys. In 1992, Bethesda School began educating students on the 600-acre campus, providing a wide range of learning experiences rooted in George Whitefield’s founding mission. In 2011, the school was officially rebranded as Bethesda Academy, reflecting the school’s commitment to college preparatory learning.

From its earliest days as an orphanage for 61 children in Georgia, Bethesda has evolved into a successful middle and high school serving a diverse student population. With an emphasis on integrated learning and spiritual development, Bethesda Academy offers a wide range of educational opportunities for students with various learning styles.