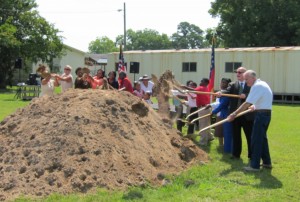 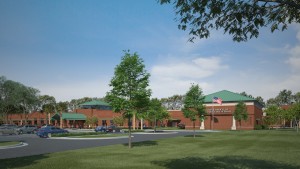 Savannah, Georgia – Today, Hussey Gay Bell celebrates the groundbreaking of the new Otis Brock Elementary School.  Hussey Gay Bell is serving as the Architect of Record for the project which consists of all services required for the design and construction of a new $17M Elementary School of approximately 94,000 SF under ESPLOST II. The design approach included the use of a new design for 650 students brought forward by Hussey Gay Bell to the District with a core capacity of 900 students. The design provides for future expansion to core capacity.  The school was named in honor of the late Otis Brock III, a Savannah native who served as the Savannah-Chatham County Public School System’s Chief Operating Officer.  It is being constructed by Elkins Constructors, Inc.