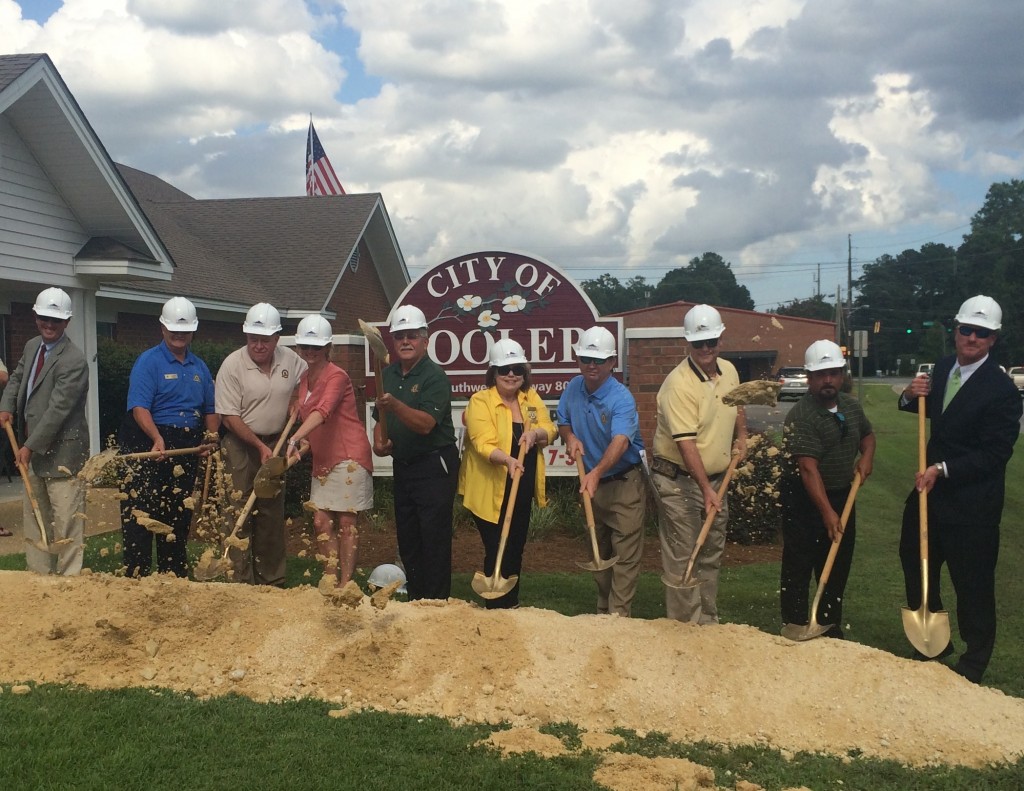 Pooler, Georgia – Yesterday marked the celebration of the groundbreaking for Pooler’s new City Hall Complex.  Hussey Gay Bell is serving as the Architect and Engineer of Record for the project which consists of the design and construction of a new, 3-story, 51,500 square foot City Hall and 6,800 square foot Municipal Court Building located on Hwy 80 in historic Pooler.

“It’s not just a new city hall and police department, this is a kickoff for the revitalization of historic Pooler, this is the historic part of Pooler, this is where people grew up, this is a hundred years ago when it was incorporated and was just a small port,” says Pooler Mayor Mike Lamb.

The project will cost the city approximately $18 million dollars. While it’s underway city manager Robert Byrd and other city leaders will work to promote more construction and commerce to come along Hwy 80; implementation of a visioning plan completed by the City and led by Savannah-based, Sottile & Sottile.

“We’ll give opportunities and incentives to businesses to come in and to build to look maybe similar to this,” says Lamb.

The new complex will consolidate police and city government in one building with the courthouse replacing the old fire station.  The project is being constructed by Elkins Construction, LLC.

Read the full story at WSAV

Read the full story at WTOC