Holmes Bell Named to Mercer University’s Board of Trustees 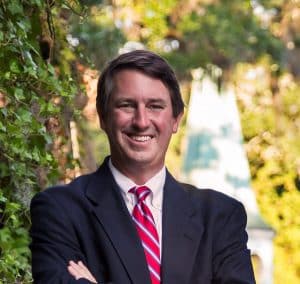 Savannah, GA – Hussey Gay Bell is pleased to announce that CEO and Chairman, G. Holmes Bell, IV, PE, has been named to the Board of Trustees of Mercer University.

A licensed professional engineer, Mr. Bell holds two degrees – a Bachelor of Arts degree from Hampden-Sydney College and a Bachelor of Science, Environmental Engineering degree from Mercer University’s School of Engineering. Mr. Bell also serves as general partner of the G.H. Bell Family, LLLP, which owns and operates more than 250,000 square feet of office and industrial space in the Carolinas and Georgia.

A native of Savannah, Mr. Bell has enjoyed a long history of local, state and regional professional commitments some of which include Leadership Savannah, Leadership Georgia, President of the Oglethorpe Club and Century Clubs, Mercer University’s School of Engineering National Engineering Advisory Board (NEAB), Georgia Chamber of Commerce Board of Directors, SAGIS Savannah Board, Savannah Chamber of Commerce Board of Directors, Young Presidents’ Organization (YPO), ACEC Georgia Board of Directors, Skidaway Institute of Oceanography Marine Science Board, Memorial (Hospital) Health Foundation Board and the Savannah Music Festival Board. He is a regular contributor to dozens of civic and community organizations including United Way, Boy Scouts of America, Bethesda Academy, Savannah Country Day, American Red Cross, Urban Hope, Memorial Health Children’s Hospital, St. Andrew’s Day School, among others. He has received numerous accolades from Georgia Trend magazine including being named 40 Under 40 in 2011 and a Notable Georgian in 2016 and 2017. Mr. Bell serves as an elected city council member in the Town of Vernonburg, Georgia founded in 1742. He is a member of Independent Presbyterian Church in Savannah and is married with three children.