Inducted Into The Citadel’s Academy of Engineers 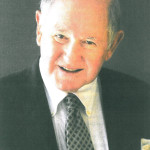 Charleston, South Carolina − This month marks a tremendous honor for Hussey Gay Bell’s Chairman Emeritus, Mr. Gus Bell, III, PE.  On April 3rd, Mr. Bell was honored at The Citadel’s Academy of Engineers ceremony where he was formerly inducted into the Academy, recognizing his leadership and inspiration to current and future Citadel engineering graduates as a principled engineering leader in the community.

A native of Dillon, South Carolina, Mr. Bell’s life work is demonstrated domestically and internationally − from Palmetto Dunes Resort on Hilton Head Island, The Boeing Company Expansion in North Charleston, the SCDOT Camden Truck By-Pass and SCDOT SC-7 Bridge Replacement to Rousakis Plaza on River Street in Savannah, Georgia, and the massive JCB operations on I-95. In addition, Hussey Gay Bell Arabia is wrapping up two of its largest projects to date – designing 33 wastewater treatment facilities from the ground up in two diverse areas of Saudi Arabia.

Mr. Bell earned a Bachelor’s degree in Civil Engineering at The Citadel in 1959 and attended graduate school at the University of Kentucky.  He currently serves as Chairman of the Board for Mercer University School of Medicine in Savannah, in addition to serving on the SunTrust Bank of Savannah Board.  Previously, Mr. Bell was appointed by Governor Perdue to represent the State of Georgia to resolve water issues with the State of South Carolina, in addition to serving as a leader in many capacities including:  Memorial Health Board, State Senate Committee for Indigent Care, President’s Resource Council at The Citadel, American-Saudi Business Roundtable, Telfair Museum Board, Savannah Economic Development Authority Board, Georgia Power Board, President of St. Andrew’s Society of Savannah, Founder and President of the Board of St. Andrew’s School, Mercer University Board and the Georgia State Chamber of Commerce Board.