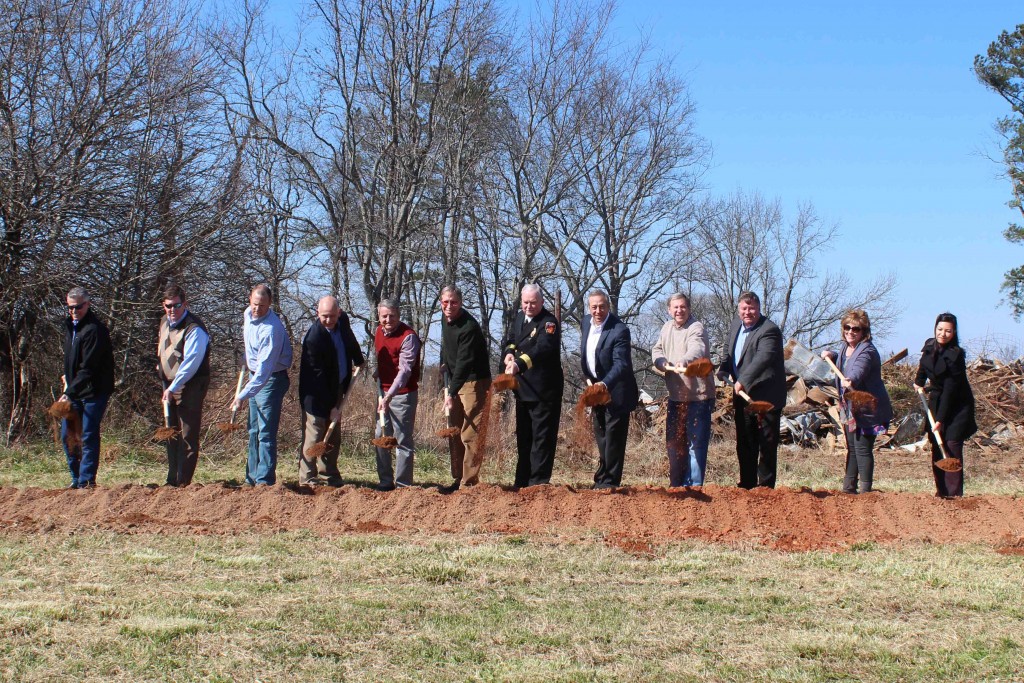 Forsyth County, Georgia – The southern portion of Forsyth County will be home to a new station for the Forsyth County Fire Department, designed to improve service and reduce response times in a densely populated area of the county.  Designed by Hussey Gay Bell, ground was broken on Friday, February 12th for the department’s newest facility, which will be referred to as Forsyth County Fire Station 6. The new station will be located just off of Peachtree Parkway (Highway 141) on Brookwood Road, south of the intersection with Caney Road.

“Based on the history of incidents along the south corridor of Peachtree Parkway, Station 6 will be uniquely located for more timely emergency responses in the area,” said Fire Chief Danny D. Bowman. “This territory is currently served by Fire Station 10, which is located a number of miles away. It is fully expected that once new Fire Station 6 is open, our response times in this area will be trimmed considerably.”

Construction of the new station is funded by the voter-approved Special Purpose Local Option Sales Tax (SPLOST) VI program and by Impact Fees.

District 2 Commissioner Brian R. Tam, in whose district the new facility will be located, expressed his appreciation to everyone involved in the project.

“Construction of this new station has been a long time coming,” said Tam. “We knew there was a need to add an additional fire station in this part of south Forsyth County and, over the years, have worked diligently to make it a reality. Projects such as this are rarely quick or simple, but they are absolutely worth the effort. Thank you to each and every person who has played a role in making this new fire station a reality.”

New Fire Station 6 will be a four-stall station, designed to accommodate the personnel and equipment that will operate out of the facility and to allow for future growth. Construction is expected to take approximately 12 to 14 months.

Since 2005, Forsyth County has constructed a number of replacement fire stations as aging structures outlived their life expectancy, addressing the needs of a growing community and fire department. Fire Station 6, however, will be the first ‘new’ station built since 1999. The department has 12 fire stations, and naming the new facility Station 6 fills a gap in the facilities’ numbering.