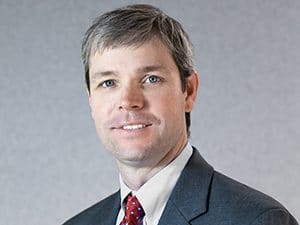 Savannah, Georgia – Hussey Gay Bell announces Mr. C.J. Chance, Jr., PE, as a Principal and Officer of the firm, which was founded in 1958 in Savannah.

An employee of Hussey Gay Bell since 2005, Mr. Chance has more than 10 years of experience specializing in municipal, institutional, residential and industrial-related civil/site development and water/wastewater infrastructure design. He has expertise in the design, planning, permitting and project management of projects for clients throughout Georgia and South Carolina including the City of Statesboro, Garden City, Bryan County, City of Richmond Hill, Bulloch and Effingham Counties, Georgia Southern University and the Town of Bluffton.  Additionally, Mr. Chance is responsible for overseeing the majority of industrial and economic-related developments for Hussey Gay Bell in the State of Georgia.

“Since joining Hussey Gay Bell, I’ve been afforded the opportunity to grow as an engineer and as a person,” says Mr. Chance. “It has been especially rewarding to be a part of the projects that are a testament to the region’s overall growth. Most gratifying by far, though, is that the clients I began servicing at the start of my career are many of the same which I continue to work with on a daily basis.”

“Over 10 years ago, Mr. Chance joined us and since that time, it has provided me with great satisfaction to watch him hone his engineering skillset and leadership skills here at Hussey Gay Bell,” adds CEO, Holmes Bell. “It is with pleasure that we welcome him to the leadership team.”

As Principal and Vice President, Mr. Chance will continue to serve as a Senior Civil Engineer for Hussey Gay Bell with new duties extending to include executive strategy development and execution and overall client management.

Mr. Chance is a member of First Baptist Church Statesboro where he also serves as a Sunday School teacher and on various committees. He enjoys spending time with his wife, Evan, and their three children – Parker, Hunter, and Mason.