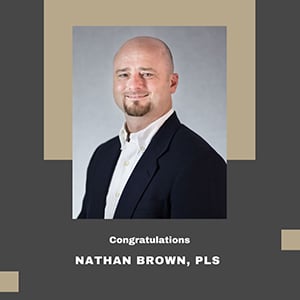 “Nathan’s experiences in our Savannah headquarters have been broad and unique, equipping him to now lead all of Hussey Gay Bell’s Georgia survey staff and projects not only through our Savannah office, but Atlanta, Blue Ridge and Statesboro offices as well. He is very deserving of this promotion and I look forward to watching how he develops in this new role,” said Mr. Bell.

“It has been an honor to work and grow in responsibility over the past 22 years with Hussey Gay Bell. I am thankful for the leadership of Holmes Bell and his trust in our survey office leaders and teams. We look forward to the challenge and future potential as we expand our Georgia division to statewide coverage,” said Mr. Brown.

During his tenure with the firm, Mr. Brown has been instrumental in overseeing thousands of surveys for Georgia’s counties and their municipalities in addition to managing large-scale projects for high-profile industrial, commercial and residential clients throughout the region inclusive of projects for Georgia Ports Authority, US Army Corps of Engineers (USACE), Georgia Department of Transportation (GDOT), Raydient Places + Properties and more.